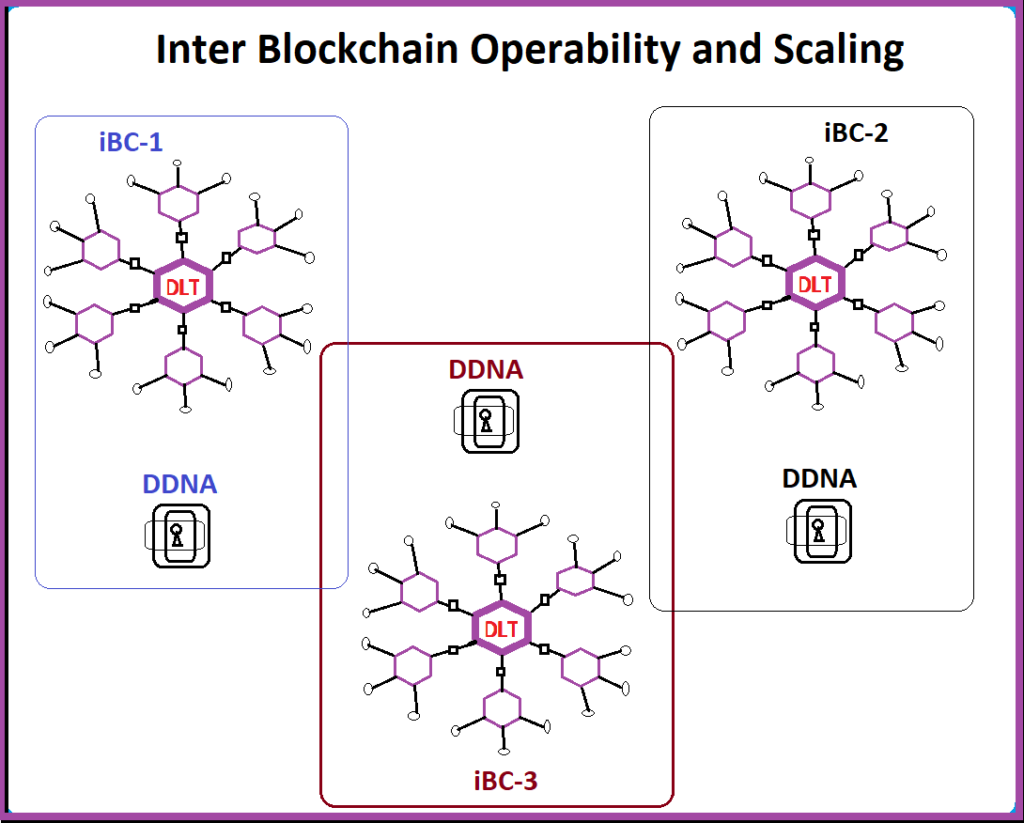 LokChain is the first blockchain platform that carefully solves majority of the problems (WIP) tormenting the use and integration of blockchain technology (refer to DLT). These problems do not preclude:

We have successfully implemented number 2 and number 3 in our wallet application. The use of smart asset is invoked with smart contracts to establish confirmation of any transaction between two parties. IoT and Blockchain belong to one ecosystem by inception. However, the state of the affairs is met by failed promises and recognition of any practical establishment of the desired vision. Why? Implementation of cryptography (PKI) is the biggest problem encountered as we try to bring inter network of things into the fold of blockchain. We want to take advantage of the immutability, decentralization, transparency and trustless paradigm. So long as there is no one certificate authority (CA) to rule all networks (certificates), there will be no one blockchain to rule them all. With that being said: This brings us back to the network or net. Interconnected networks of two or more networks become inter network or internet.

We surmise that we will be left with inter-blockchain alone and separated from IoT. That outcome is not what we dreamed of, nor wished for. How can we bring this twin together? This sinister outcome will almost make impossible, the wider implementation of Industrie 4.0 for 20+Billion common things and 8Billion+ general population of people. These people and nodes in the network are treasures waiting to be tapped. We can no longer wait because unraveling this big marvel will benefit us all. Should we, choose to do nothing about this, it will delay human growth out of poverty, reduce the timely ramping of this new idea and possibly reduce the capacity of wealth creation promised by the integration of these technology.

We Make Our Case:

It had been long known by many in the industry that the Public Key Infrastructure (PKI) is at a precipice [1]. Until now, It was a hard fact which we embraced with no sight of changes in view. Although, PKI might not completely collapse. It will hinder mobile, blockchain and IoT from reaching the potential that ushers the 4th industrial revolution.- Combining these three major technologies is the way forward. We are bracing up to a future where values are realized in all the unusual places. People, machines, technologies and processes are welded together in a secure, decentralized, trustless internet of things (IoT ecosystem). It is impossible to amass the wealth hidden in these things without first securing many past observations.

This might not be a public knowledge: In any blockchain network there is server/client set up for the issuance of public and the private keys. The worst case scenario comes with the sharing of the private key with your exchange application servers. These public and private keys are loosely accounted for neither are they revoked in any sinister circumstances. As a matter of fact, you are recommended to stow away your private key as well as your password etc,.

“Traditional Public-Key Infrastructure (PKI) is Certificate Authority based (CA-based). Thus, the security of PKI is completely relying on the security of CAs’ infrastructure. However, many recent breaches show that the CA’s infrastructure can be compromised as well as exposed to operational errors, while the Log-based PKIs and Web of Trust (WoT) approaches have many issues related to the potential points-of-failure and other difficulties.”

The above is the abstract from an MIT research paper [3].

PKI was originally designed for server and client networks. It was not designed for a P2P or decentralized network, nor storage. These are the main problems with PKI:

Improper use of certificate or forged certificate can lead to a catastrophic loss for most enterprises.

PKI has many standards which are still unsettled thus Enterprises, Users, Devices and Vendors are not able to share anything that will allow any practical cross-certification, but, a theoretical one promised on paper alone.

We believe that interoperability could be brought about by the removal of PKI since each cryptocurrency network has its own certification, protocols and mechanisms that are not aligned with others. We present the secret key infrastructure SKI. It covers important points shown below:

1. Imagine a world where all you need is a universal wallet address (UWA). This makes possible the transaction between all cryptocurrencies possible e.g ETH and BTC wallets. – LokChain will serve as the portal for this to take place seamlessly.

You can transact (send and receive) with ETH from BCH by using UWA. You can do the same with XEM from EOS and myriads of alternatives out there.

2. Imagine that you and a party involved in a specific transaction can round up the confirmation of any transaction without any third party (miner cesspool). This means that, we can have any desired number of transaction in any given time. -Local confirmation will make identity theft obsolete too.

3. These transaction will happen really fast. If we assume that 10,000,000 of the general population are using the network at any second in time. It means that we can have up to 850, 000 transactions/second. -Local confirmation rules all. This can be repeated with the majority of currencies out there. Once we achieve all these. Blockchain will scale.

4. The so called decentralization will truly be what it means.

5. The LokChain platform will allow any developer to achieve their software dreams. To build upon a solution framework, more solutions without the platform constraining the development. – Technical inclusivity

6. Governments, businesses and enterprises will realize their desired goal of cooperating with federal/state statutes, regulation, compliance and security (advanced authentications).

In sum, it is agreed on all grounds that great difficulties abound with the use and management of PKI. Especially, in a decentralized network. There is a stress on the use and implementation of PKI. The wake of internet ubiquity and IoT perpetuates the online presence of many unusual devices. Relying on a benevolent cryptography is not a bad thing. However, when the model does not fit reality anymore, that poses a great danger. Alternatives are sought from many researchers. We have independently researched on the next big thing that will allow or push the intent of Satoshi’s paper and bring the IoT to the fold. LokChain is the only answer we see after 17 years of independent research.

May the race for true decentralization begin. Just remember LokChain Platform will bring identity theft to a terrible end.

Initial thoughts , identity theft is going to be a thing of the past ! This is one of those rare projects that’s poised to make a huge change to the world we live in. The security granted to each person knowing that their identities and financial transactions are finally truely secure is priceless . That’s the bright side now for the flip side of this amazing idea , this project is going to have a huge target painted on it from both the legit businesses that are going to be made obsolete and the criminals that will be permanently unemployed! So the security will need to be constantly evolving .

Love the video though to appeal to the less technically inclined you may want to simplify it a bit . For example lose some of the “tech speak” .

As far as my understanding of the project goes, in an effort to be objective I will say 7.5-8 as without being privy to all the details I don’t feel anyone can honestly score higher.

I’m truly excited and hopeful for this project .

We can clearly represent our platform with this single line:

As we patiently wait for approval of the proposed STO. We will like to thank you all for your support and love. We are moving ahead with a contribution-perk style campaign hosted by Kickstarter. Feel free to take a look at the site and follow through. It is open to all. Your participation is very important. The campaign will last for 60 days.

We intend to use this initial public fundraiser to bring the platform (at least the decentralized application will be realized in Android, IOS and web applications) into perspective. We promise to, “Secure your Mobile, IoT data with the power of our hybrid-blockchain platform.” “Easily add our blockchain encryption to any app to make it truly decentralized, private and secure.”

Joins us on Telegram

PrevPrevious2.1 NP-COMPLETENESS
NextBlockchain Simplified, “Am I the only one who is lost with bitcoin mechanics?”​Next 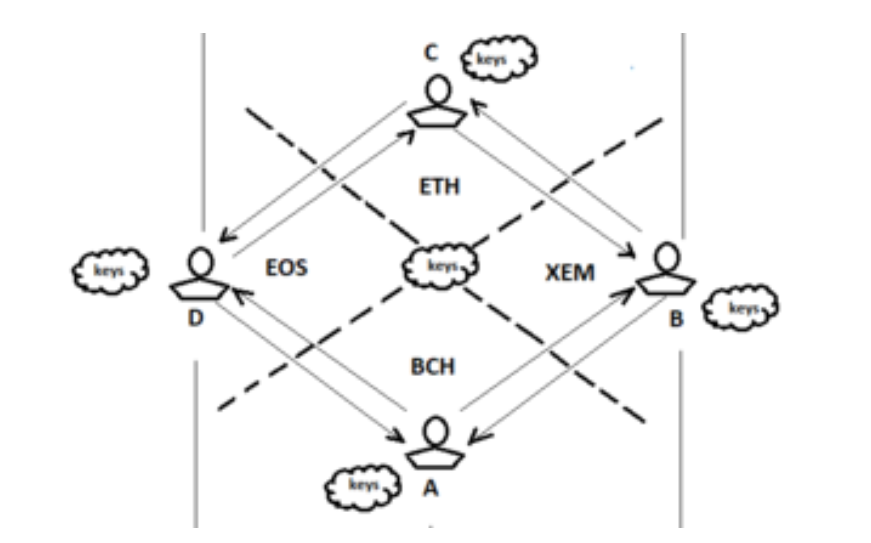 LokChain: “Secure your Mobile, IoT with the power of our hybrid-blockchain platform.” “Easily add our blockchain encryption to any app to make it truly decentralized and

LokChain is the first blockchain platform that carefully solves majority of the problems (WIP) tormenting the use and integration of blockchain technology (refer to DLT).